﻿Who Is Tina Michelle?﻿ 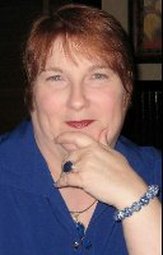 At age 5, Tina Michelle had a near drowning experience in her family pool. When revived she could see "sparkling people" standing behind everyone. After numerous attempts of trying to describe these beings to her family, she gave up and learned to keep quiet. These "Beings", however, were always there with her.

As she was raised an only child, the Beings started to interact with her through play. Many times they would be the students when she would play school teacher, or they would act as her children when she would play "house". Whatever the play, they were always there. At one particular time in her life she had a variety of "Little People" toy figures. These toys came with many accessories including a post office, a village, a school house, farm and a house just to name several. Oftentimes her play began early in the morning setting up every part of the village using every little people available. For hours on end she would play with the figures as they loved out their life paths. Looking back upon her childhood with the "Beings" she can understand how their "playtime" was acting teaching her to interact with humanity in the understanding that we were all connected.

The Beings never actually spoke; they were just there. Between Rheumatic fever and another near drowning at age 17, she finally began to understand everyone did not see these Beings and they were there to love and care for her. But it wasn't until her last near death at age 26 while giving birth to her youngest daughter that her gift of Clairaudience opened up.

When she actually began to hear her own voice in her mind saying very odd things, she thought she was losing it. When the events she was told about began to take place, she started to realize it was the "Sparkling" people speaking with her. Many times she would foresee events that came to pass, or would be given some wonderful insight into complicated life problems, she called this "figuring it out", others called it "second sight".

Finally the day came when Tina's purpose was revealed to her. She was to take her gift into the world and help others with it. Being a small town wife in the Appalachian region of the U.S. did not bode well for an up and coming psychic. She fought against the task set before her. It would mean major change, it would mean possible humiliation and ridicule, and it would mean having to tell your husband and children you talk to "Sparkling Beings". And every time she thought she had it beat, that the "Beings" had taken her "no" for an answer, she would hear the whisper "you promised".

The thoughts of re-doing her life were almost too much. Depression overwhelmed her and she decided to "exit stage right" and leave everything behind. She went to the river to drown herself. It was there, as she debated the best way to do herself in, that one of her Angels fully manifested in front of her as a human being.

He wore old clothes, this odd man. He didn't talk much, but he did the very thing she needed - he listened to her. That day as she poured out her heart of every injustice ever done to her (including the fact she was going crazy and talking to voices in her head), as he listened.

Hours past quickly it seemed. After times of woe and self-pity were purged, she was spent. Too tired to kill herself she thanked the kind stranger and walked up the pier towards the hillside. As she turned back to ask the kind man if he would be back tomorrow (after all a good therapist was hard to find), he wasn't to be found. It was then she heard "you have just met your Angel".

What an awakening! There is no going back then. From that moment one Tina's life has changed dramatically.

Many times she is asked the same questions again and again. The Angels were saying, "it's time to write a book, this way you can answer the masses." Thoughts began to churn. When she finally relented to their prodding's, it only took two weeks to write the book! She simply wrote what she heard. And, according to Tina Michelle, she learned as much writing the book as any reader will.

Many of the teachings and channeling were new to her too! When doing her consultations Tina is as amazed with some of the information that is "so accurate it is stunning", as you will be. Many times the Angels show the "bookmarks" of the soul. This ability to see where growth stopped is one of Tina Michelle's unique gifts. To see when certain behavior patterns were set and why is the ability to change those behavior patterns.

As a full-time professional psychic, an Angelologist, and a Workshop leader as well as Guest Speaker on the topics of Near Death, Awakening your Psychic Self, and Angels, she travels the U.S. speaking on the power within us all and the connections we all can make (even in the darkest hours), is what makes her life worth living. Tina Michelle is also the creator and founder of Discovering Your Enlightenment Spiritual Learning Series (DYE), an on-line learning environment for psychic arts and metaphysical studies.

Tina Michelle would love to work with you sometime. Her passion is teaching. She loves to teach others how to open themselves to their own personal power through the remarkable unconditional acceptance of the Angels.

As with any media personality there is no possible way to list all the events Tina Michelle has been involved with.  We have attempted to provide video links where possible.

In Print Books (including audio books)